The decline of north-western civilization: Overlord and the metal years! 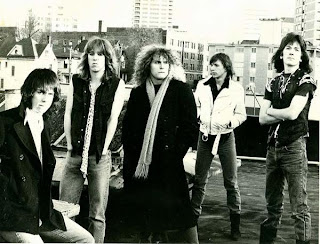 When we think about the pre-grunge era, most of us are tempted to remember the hardcore/noisy or post-punk acts of that time such as Accused, Ten Minute Warning, Silly Killers, Mr Epp or The Blackouts. But Seattle also had a healthy metal scene back in the early 80s. A good documenting piece of history from that era is the Northwest Metalfest compilation (released by Ground Zero Records in 1984) featuring bands such as: Overlord, Metal Church, SATO, Lipstick, Bondage Boys and a few more others. As a brief add-on for who needs a connection between this early metal scene and the stinky flannel-wearers generation: Steve Van Liew and Kurt Lofstrom from Overlord went to play in the mysterious band My Eye (about which I wrote a article almost a year ago here) and it seems that Mike Starr, the original bassist from Alice in Chains, played in SATO…ha, what about that !!! 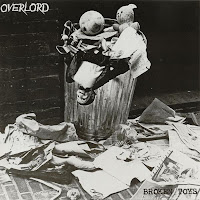 Overlord formed in 1980 in Seattle, line-up including: Steve Van Liew (vocals), Kurtiss Lofstrom (guitar), Glen Logan (guitar), Kenny Kubsen (drums) and Doug Bane (bass). The band made its debut with its self-financed EP, Broken Toys, in 1982 released by Sad City records. In 1984 the band recorded a demo and contributed with the song On the Edge on the Nothwest Metalfest Compilation. Same year they called it quit.

I don’t know much about the 80s’ metal scene from the northwest, but regarding the up-mentioned compilation I think Overlord didn’t quite fit with the rest of the bands. The band was a little bit different both in sound and image. They weren’t anything of the speed, power-metal stuff, instead they played an Alice Cooper-Iggy and the Stooges-mix-with-Aerosmith sort of thing. And that actually made some people believe they were the first grunge band, or at least played a significant role in the future local scene.
________________
from Broken Toys Ep
Another Lonely Night
Blame It on the Kids
from Northwest Metalfest Compilation
On the Edge
from the '84 Demo
Pomises
Screaming At the Walls
Posted by Dan "Cluster" at 2:56 AM 5 comments: