Noise by Northwest. A Mixtape 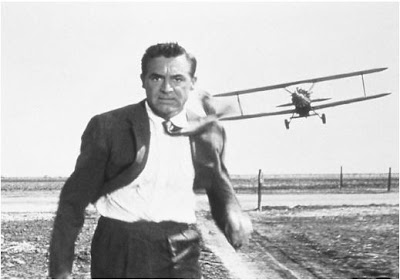 One year and a couple of weeks since the first mixtape I’ve ever posted here. The picture above doesn’t have any connection what so ever with the tracks bellow. It was just a pun on the title of this article and the famous movie North By Northwest that made me post the Cary Grant picture. Enjoy...

Teen Angels - Jesus Is On My Side ( from Jesus Is On My Side b/w Shoot From The Hip 7'' released on Sub Pop in '95 -I think-, this is a post-Dickless band-with membership including Kelly Canary and Lisa Smith-)
Sleep Capsule - Gray Cloud Theory ( from their Mousepuss Lp on Spanish Fly Records, released in 1994)
Alcohol Funnycar - Pretense ( the band's first 7'', Pretense b/w Drive By released by Rathouse Records)
Stymie - Toil & Folly (this is from a split single with Lab Rat, released in 1993, I had order it myself from Adem Tepedelen, it totally rocks)
Porn Orchard - What Kills (from Teriyaki Asthma)
Seaweed – Inside (and this song is pretty common, from the band's S/T LP)
Posted by Dan "Cluster" at 12:53 PM 1 comment: