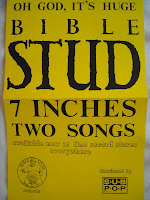 Greetings! My apologies, I’ve been gone for so long. Things got little busy lately, as I am trying to put together a local fanzine.

The Overlord and Bible Stud posts I’ve done were not very well documented, so I thought of a way to make up to you guys. I’ve got my hands on some articles about both bands, articles from magazines such as The Rocket, Backlash and other local reviews. There’s stuff there that must be checked out. Like, did you know that Steve V.L. wasn’t the original Overlord vocalist? Thought so….

Click on the links bellow for download and stay tuned, because I’m planning a post on a long forgotten compilation featuring bands such as Room Nine, Feast, A Western Family or Crypt Kicker Five. Cheers! 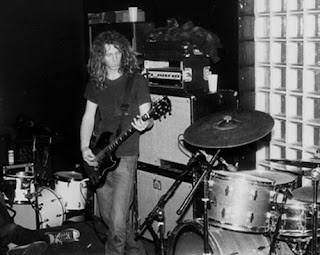 Sorry for the lack of updates, but I’ve been quite busy. I’m coming back with some tragic news that many of you probably heard by now. Rick Kulwicki, the guitarist from The Fluid, died on the 15th of this month. He was 49 years old. Here’s an article from the Sub Pop’s website.

I’ll be back in a couple of days with a post about the Treeclimbers (a mid 80’s band that feautured Gary Thorstensen from TAD and Jonathan Poneman). See you then.